Olympic Games are a sporting event that has changed the shape of sporting events across the globe (Finley & Pleket, 2012). Olympic Games are held every four years. This report highlights upon the winter Olympics of 2018 held at Pyeongchang in South Korea. The destination was finalized in June 2011 and since then the South Korean government burnt the midnight oil to make the even a success. The Olympic Games began on 9th February 2018 and lasted till 25th February, 2018. The event was a massive success with the largest number of sport events in the history of winter Olympics. There are various stages that are involved in the planning and execution of an event. In this report the three stages involved in the success of Pyeongchang Winter Olympic Games have been highlighted. 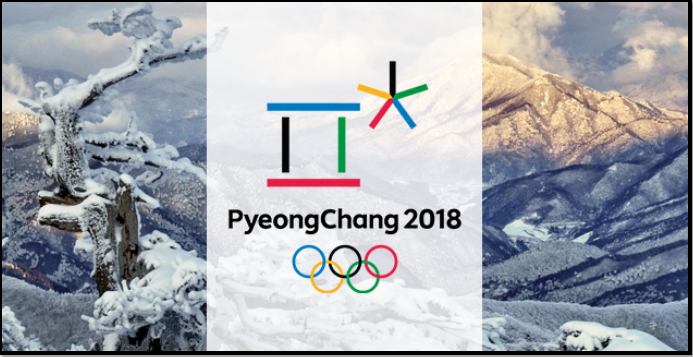 justify;">Formation stage of the event

The first step of organizing Olympic Games is the bidding process which allows various countries to bid in order to host the games (MacAloon, 2013). Pyeongchang was elected in June, 2011 through a bidding process where the city won by receiving 63 votes in its favor. The runner ups for the same were Munich and Annecy in Germany and France respectively.

The next part involves the formation of an organizing committee. This committee included 23 executives, a 6 member advisory committee, 6 vice chairmen, a 14 member executive board, 2 audit committee members, 28 elected members and 96 ex officio members. This committee was given the responsibility of handling various facets of the event including event planning, strategizing and execution (Hayes & Karamichas, 2011).

Construction of the Olympic village

An Olympic village was built to host the event. The construction for the same began in March, 2012. The venues were also finalized at this stage and the infrastructure of all the venues was being developed.

Pyeongchang government also worked upon improving the transportation facilities of the city by working on all modes of transportation including road, rail and air. The airport was improved and a high speed rail line was built with an aim to connect Pyeongchang with Seoul. The cities hosting Olympics need to make massive preparations in order to manage the size of the event (Chappelet, 2014)

Growth stage of the event

Budgeting is an essential part of the growth stage of an Olympic event (Leopkey & Parent, 2012). The estimated budget for the event was $7 billion (Burgo & Cromartie, 2018). However, it has been noted very often in Olympic Games that the budget anticipated is much lesser than the actual budget of the event. This could primarily be because of unexpected costs or the change in economy over such a long span of time. The total cost incurred in the execution and planning of Pyeongchang Winter Olympics was over $13 billion.

Different countries organize various performances in order to showcase their respective cultures and traditions. The preparations for these performances take place in this stage of the event.

For an athlete to play in the Olympics is a massive milestone (Agha et. al., 2012). Also Olympic participation reflects significantly on the country and hence countries create a tremendously difficult selection procedure for athlete selection. Athlete selection also takes place during this stage.

Marketing and PR are promotional strategies used to enhance awareness about a particular event. The IOC resorted to television ads, newspaper ads, social media ads and various digital media ads in order to create anticipation about the event. During this time, the Olympic Games mascot was finalized as Soohorang. This means protection and tiger. The mascot’s emoticon was also made available on chat platforms. All the advertisements of the event were conducted with the help of this mascot.

The official slogan of the Olympic Games was also unveiled. This was ‘Passion. Connected’. The slogan was released 1000 days before the opening ceremony of the event.

Every event requires sponsors. The purpose of getting sponsors is to get more money for the event. This money is used for various operational expenses incurred in the event. The major sponsors of the event included multinational giants like Coca-Cola, Samsung, Alibaba and Intel (Pyeongchang, 2018). 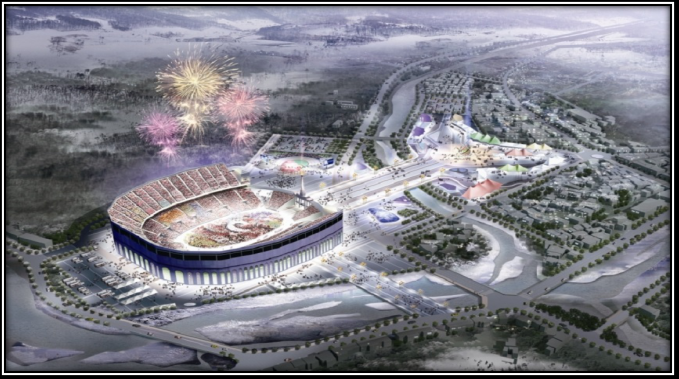 Staging stage of the event

The first step to the execution of the event is the Torch Relay (Essex & Groot, 2016). It began on 24th October 2017 from Olympia in Greece. The torch relay ended on 9th February, 2018 which was followed by the opening ceremony.

The opening ceremony marked the beginning of the game and was organizing in the Pyeongchang Olympic stadium. The ceremony was opened by Moon Jae-In, the honorable president of the republic of Korea. Various countries performed in the ceremony and spread the message of peace and harmony among all.

The Winter Olympic Games of 2018 covered 102 event in over 15 sports which made it the only winter Olympic game to surpass the 100 medal events (Merkel & Kim, 2018). Four new sporting disciplines were included. These include big air snowboarding, mixed team alpine skiing, mass start speed skating and mixed double curling.

The IOC also has to ensure the safety and security of all the stakeholders in the event (Bennett & Haggerty, 2014).

Medals were distributed to the winning athletes which had the Olympic Games logo. Norway came out victorious by scoring 39 medals followed by Germany with 31 and Canada with 29 (Beneke, 2018).

This ceremony marks the end of the event.

The Pyeongchang climate was extremely cold and recorded temperatures below minus 10 degrees. Many athletes and viewers fell sick and little arrangements were made to address the same. In order to organize an event wherein the temperatures were expected to be so extreme, it is recommended that the committee makes better medical arrangements. Basic first aid was available but the illness faced by many members went beyond first aid.

IOC has sponsored the athletes of the national hockey league in the previous Olympic Games held at Sochi. However, this year, the committee decided against it and hence the event suffered by the lack of their participation. The IOC was concerned that this demand could set a precedent for other professional sports bodies. However, this was the first time since 1998 that the national hockey league did not participate in the Olympic Games and hence it reflects badly on the event.

The tension existing between North and South Korea is not unknown. There were various rumors about a high risk being involved owing to the difficult relationships between both the countries. This is why various countries confirmed much later about their participation in the game and hence delayed the preparations of the same. Therefore, it is recommended that security measure must be taken beforehand and it must be the responsibility of the organizing committee to ensure its stakeholders regarding the security of the event.

The Olympic Games 2018 held in Pyeongchang was a major success. The event was well planned, competently organized and efficiently executed. Every stage of event management has a different role to play and are significant in their own might. All these stages include different key stakeholders and all of them effectively combined to ensure that the purpose of the event is fulfilled, it reaches to a mass audience and is conducted with great pomp and show.

Burgo, E. and Cromartie, F.J., 2018. The Benefits of Bidding and Hosting the Olympic Games are Difficult to Justify Due to the Overall Costs. Sport Journal.